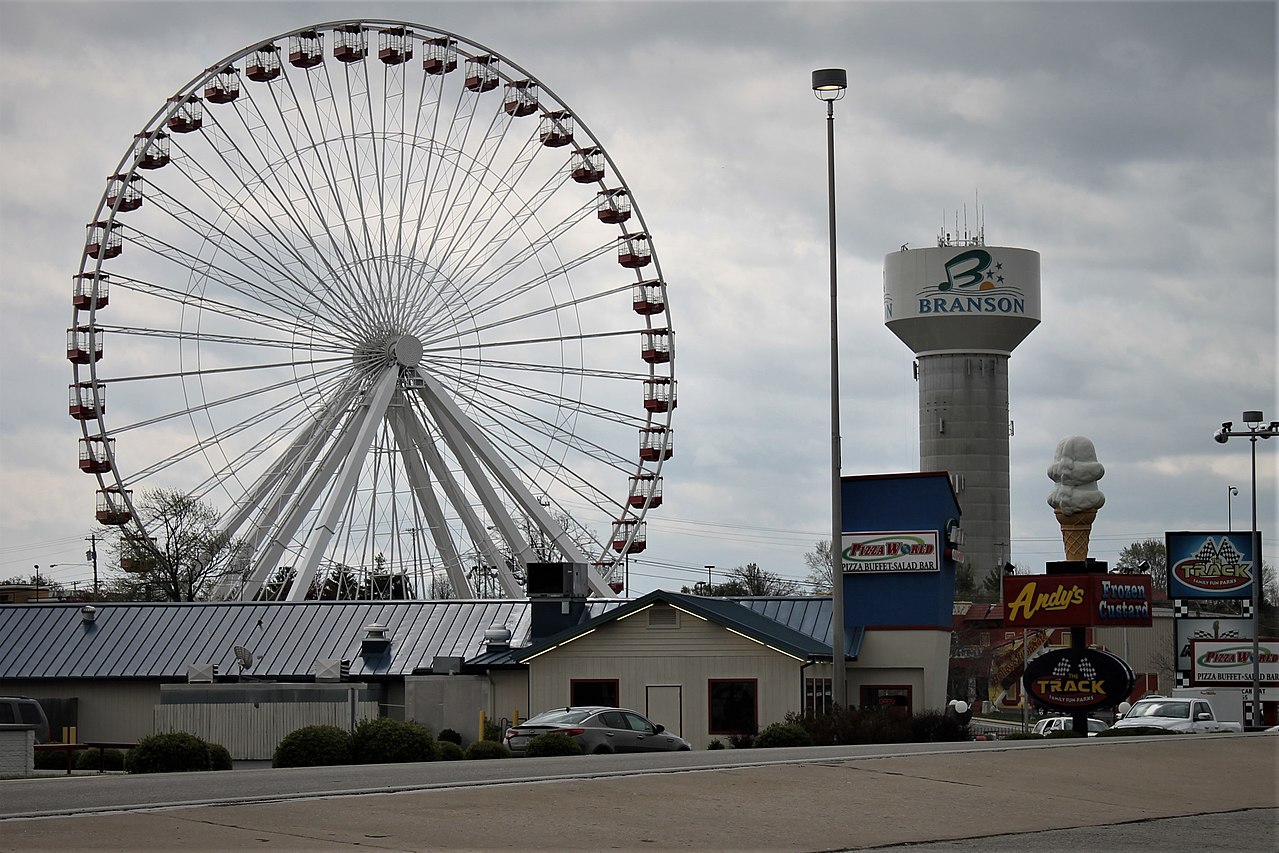 Discover the seven things you can strike off your bucket list just by visiting Branson, Missouri.

ADVENTURES & ACTIVITIES ACROSS THE WORLD!

Situated in the Ozark mountains is Branson, Missouri, also known as the world's live music capital. While there's plenty of shows and musical performances to catch, Branson has so much more than that.

Learn more about Branson's 100-years of history, head to the entertainment district for colourful storefronts and hours of fun, visit the plethora of museums that pepper this town, admire the natural scenery, and sit on a scenic railway.

The fact is, you can't head to Branson, Missouri, without catching live music performances. From country to musical theatre and incredible Christmas performances, Branson delivers some fantastic shows that you wouldn't want to miss. Some of Branson's most popular shows include Dolly Parton's Stampede for its 32 magnificent horses, the Amazing Acrobats of Shanghai for their stunning acrobatic acts, and The Haygoods for its dazzling special effects.

Other performances to catch include Branson's Christmas Wonderland – one of Branson's largest productions during the holidays, comedy acts, illusionists, musicals, and so much more. There's something for everyone, and it's recommended that you purchase your tickets early – especially if you're visiting during the summer.

Included in your admission cost is entry into Marvel Cave. You'll travel 300 feet below the surface and enter the United States' largest cave entrance room. The tour lasts about an hour and takes you through various stairs and ramps. You'll learn more about the cave's historical and geographical importance before heading back to the surface on a special cable train.

Hop on the Branson Scenic Railway

Start your adventure at the historic depot that's situated at the historic downtown district and has been around since 1905. You'll pass through plenty of lush scenery and tunnels while admiring Ozark's true wilderness on the railway. During the two-hour ride, don't forget to also check out the connected collection of classic railcars. You'll also get a full narrated tour that'll point out attractions along the way.

During the course of the year, the Branson Scenic Railway also offers special events. The Polar Express Train Ride is a fantastic ride that you can't miss during the holidays. If you'd like to have a romantic dinner meal on the train, you can also reserve one on Saturdays during certain months.

Find all the entertainment, dining, and shopping options you could need at Branson Landing. With over 100 different stores located next to a charming promenade, you'll be spoiled for choice. While entertainment options are aplenty, the area also has a series of water fountains with lights, fire, and music. It's also known as Branson Landing's Crown Jewel, and the show occurs every hour between 12 and 10 pm.

Other things not to miss around the area include dining at some famous restaurants like White River Fish House. You can even zip-line across the lake at Parakeet Pete's Waterfront Zipline for an exhilarating experience.

Visit all the different museums

While you can visit museums anywhere globally, do they have a massive replica of a Titanic ship? You'll be given a boarding pass at the Titanic Museum with a real Titanic passenger name as you explore the enormous ship. You'll also get to wander through a recreated grand staircase and get a chance to see more than 400 preserved artefacts. Other various interactive experiences include touching a real iceberg and standing on sloping decks that resemble the incline of the ship as it was sinking.

Other museums around Branson include the Veterans Memorial Museum, Ripley's Believe it or Not with a wide array of interesting artefacts from around the world, the Hollywood Wax Museum that comes with wax replicas of famous icons, and the World's Largest Toy Museum.

Head to Table Rock State Park to get away from the hustle and bustle of the city. With plenty of hiking trails, you'll have access to the gorgeous sprawling waters. Here, you can immerse yourself in plenty of outdoor activities, from mountain biking to fishing and camping. If you'd like, you can also rent a boat and explore the surrounding lake area.

There are two campgrounds available complete with shower facilities for those who want to spend the night at the park. A two-night minimum is required, and you should reserve in advance – especially if you're staying during the weekends. For a more indulgent experience, book a premium yurt that comes with two-bedrooms and even a kitchen with an electric stove.

Hours of fun at the entertainment district

Whether you're traveling with family or friends, don't forget to head to the entertainment district. There's plenty to do, from racing on a go-kart track to having a friendly competition at the mini-golf course. For those looking for a heart-pounding experience, head to the Bigfoot Fun Park for a 200 free-fall ride complete with incredible views.

There's also the White Water park with a lazy river, speed slide, and a 500,000-gallon wave pool. To round off your experience at the entertainment district, hop on the giant Ferris Wheel that's hard to miss and soak in the glittering townscape views.

If you're planning a vacation to Branson, Missouri, accommodation is critical. There's nothing better than coming back to a plush bed and comfortable accommodation after an exciting day out. Why not check out these vacation rentals in Branson, MO, to get you started? With your accommodation all set, you'll have an unforgettable time at this incredible destination.

Born in Singapore, Karmy has also lived in the United States and Melbourne. She's an avid foodie that loves scouting out new places and experiences to share with her fellow readers.

5+1 Tips to Reach Your Traveling Goals

The Top Hotel Restaurants for your Ultimate Rhodes Dining Experience!

Maldives Island Resorts: Why you should visit in September/October!

Written By:
Helen Cartwright
Get the best rates directly from the Hotel
Hotels for All Travellers
Recommend a Hotel for this Collection
- or -
Click Here to register your own Property
Have a hotel in mind that would fit in this list? Send us your recommendation using the below form.
User Login
Don't have an account yet? Click Here to Register
Forgot your password