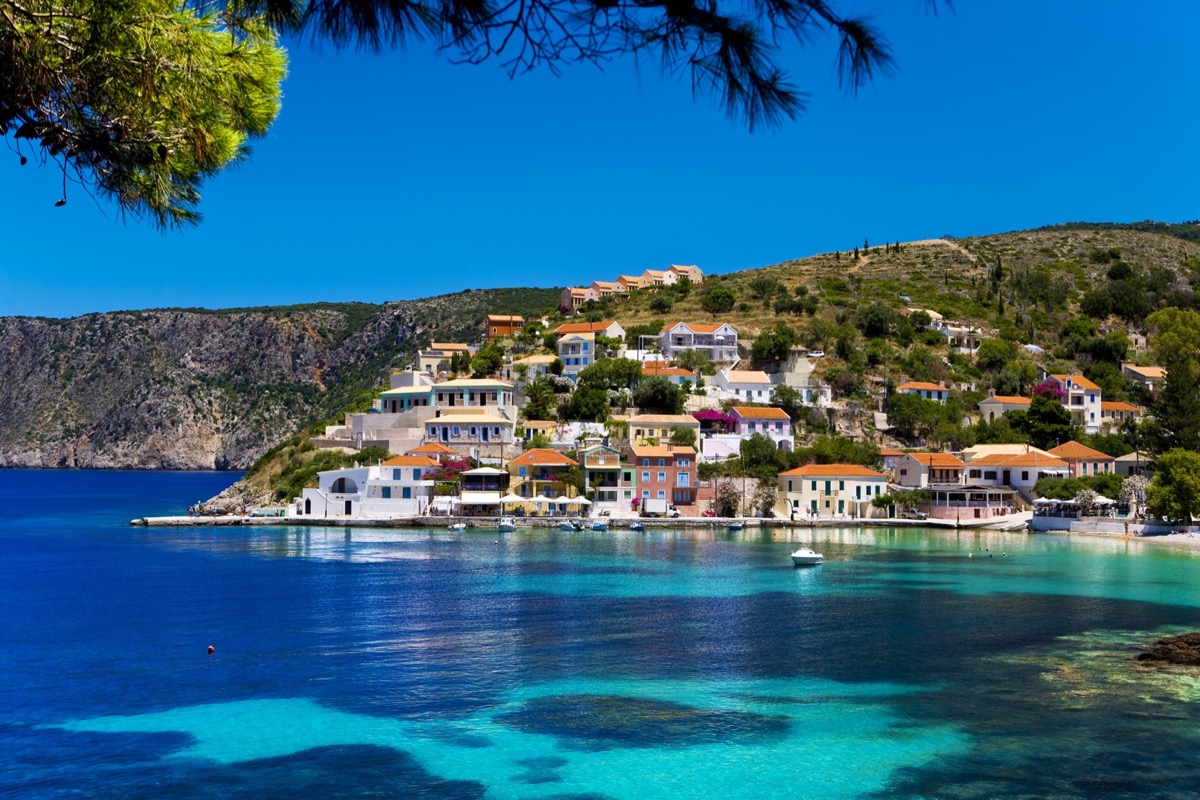 The gay life around the Ionian Islands including Kefalonia, Zakynthos, Lefkada, and Corfu!

Luxury Hotels for Christmas in Europe

Luxury Hotels for Christmas in Europe

Hotels for honeymoon in the Maldives

Hotels for honeymoon in the Maldives

Discovering the Gay Life around the Ionian Islands

The Ionian Islands or "Heptanese" is a group of islands located in the Western part of Greece, widely popular for their immense beauty, complete seclusion, friendly locals and delicious cuisine that is influenced greatly by the neighboring country, Italy. So, it's pretty accurate to say that you are going to love the Ionian Islands no matter your sexual preferences. We should note here that gay life in the Ionian differs in each island, some of them might have some gay venues like a gay beach or a gay friendly bar and some of them do not feature a gay life at all.

Nevertheless, it goes without saying that the beautiful nature of the Ionian Islands with the crystal blue beaches and picturesque villages in nature will definitely astonish you. Let's see below the gay life of each Ionian Island:

There is not a particularly organised gay scene in Corfu but it still is a place where everyone is friendly no matter your orientation. However, we would recommend you to keep a discreet profile in public places as the small community of the island mainly consists of older people who are still kinda conservative. Even though the gay life is unorganised, you will be able to find several gay hotspots like a couple beaches that attract mainly gay audiences or even gay cruising spots. See the best hotels for gay travellers in Corfu!

Kefalonia, as almost every island in the Ionian, has a small and enclosed community that mainly consists of elderly people. During the summer, Greek families tend to visit it for their family vacations as it's the biggest of the Ionian Islands and it has some very beautiful beaches. There aren't any gay venues in the island but you will find several nudist and secluded beaches where you might as well meet many gay travellers (Greeks or foreigners). The online gay chatting application called Grindr is very popular in Greece and you might find a couple guys through that. See the best hotels for gay travellers in Kefalonia

Even though there are only a few gay venues in Zakynthos, it has gained quite a lot of popularity towards the gay audience the last years. That's due to its beauty and the high level of gay acceptance by the locals and the people who choose to visit it. In Zante, you will feel welcome wherever you go! There is actually a gay bar and a couple of beaches which attract mainly gay travellers and locals. When you visit Zakynthos, don't miss to visit Navagio beach as it's one of the most beautiful and iconic beaches of Greece. See the best hotels for gay travellers in Zakynthos

If you are looking for an island that doesn't get packed with tourists and gives a little more privacy then Paxos Island was made for you. Paxos Island, which is the main island of the complex, is perfect for gay couples who want to enjoy privacy without spending too much money, like in Santorini Island. The beaches are pretty beautiful and you will find several secluded spots around the island.

It's pretty difficult to talk about Lefkada objectively as it has some beaches that are literally heavenly. You can also access it via car as it is linked with the mainland of Greece. There are several nudist and "gay" beaches across Lefkada where you will be able to meet other gay people. These beaches are Mylos Beach near Aghios Nikitas Village, Peukoulia Beach also near Aghios Nikitas, Gialos Beach in Athani, Kastro Beach, Agios Ioannis Beach (Krioneri) and Kaminia Beach. These beaches are also known to be major cruising spots but it's pretty unknown if that's true. The aren't any exclusively gay venues like gay bars or saunas on the island but it is actually very gay friendly so you will feel very cozy. See the best hotels for gay travellers in Lefkada

Many consider Kythira part of Piraeus as it is situated pretty far away from the other Ionian Islands but... well who cares?! Did you know that in Kythera there has been performed a gay wedding? Indeed, it might be an unofficial gay wedding with no priest but it was still something. There aren't any known gay venues in the islands but you will find several secluded hotspots across the islands. The beaches are pretty beautiful as well, and they are divided into the secluded ones where you will not find many people and you will feel pretty cozy (best for couples), the nudist ones where you will find several gay people and the mainstream ones. See the best hotels for gay travellers in Kythira

Overall, a pretty small island that is quite known in Greece due to Homer's Odyssey. The local community is pretty small and enclosed so we would recommend you to keep a discreet profile. It's preferred by families and isn't popular at all to younger audiences. Nevertheless, as it is a pretty alternative island, it doesn't attract many tourists and it's a very good option if you want to relax in a quiet and serene location. Naturally the gay life is as non-existent in this island.

See the best hotels for gay travellers in the Ionian Islands >>

Gay - Friendly Hotels that we recommend:

Visiting the Alps with your boyfriend?

Written By:
Travel by Interest Creators' Team
6 Hotels to discover

5 European breakfasts you must eat at least once in your life!

Gay Bars Madrid: where to hang out in the colorful Chueca

The 5 Benefits of Traveling Solo

5 Essential Travel Must-Haves for a Vacation in Crete

How to Plan the Perfect Gay Summer Vacations!

Adventure Travel on a Budget: Five Tips to Travel Like a Boss