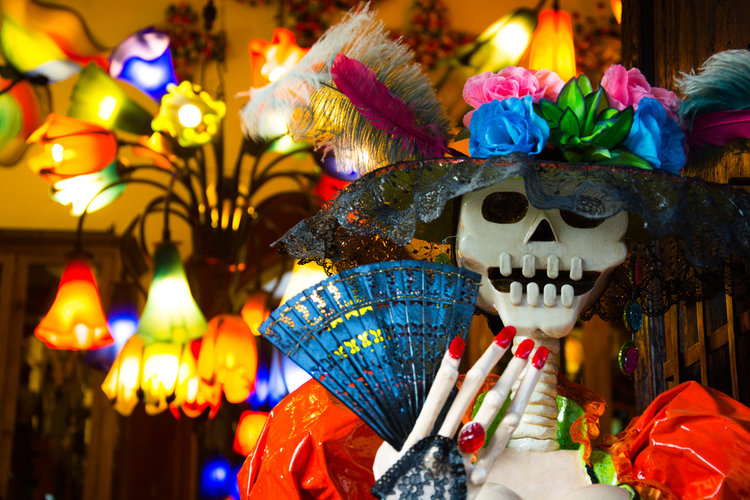 El Dia de Los Muertos (The Day of the Dead), is a Mexican holiday celebrated throughout Mexico.

Rural hotels in Portugal for a vacation in nature

Rural hotels in Portugal for a vacation in nature

El Dia de Los Muertos is a three-day festival, when tens of thousands of people in Mexico dress up to celebrate and remember the dead. It starts on October 31 and lasts for three days until 2 November. This unique tradition dates back 3,000 years, during Aztec era. It even survived through the 16th century, when the Spanish arrived in central Mexico. Colorful decorations, street parades and delicious traditional food, it’s no wonder why this Mexican holiday attracts people from all over the world.

Day of the dead parade in Mexico city in October.

Skulls for Sale on the Day of the Dead festival, at Chichen Itza.

Day of the dead in the center of Mexico city.

Day of the Dead altar with cempasuchil flowers and candles.

Mexican handicraft (skeletons) for the Day of the Dead.

Hotels and resorts in Mexico are welcoming travelers coming for a visit during the period of El Dia De Los Muertos, offering interactive events and displays, for a complete cultural experience.

Bangkok by night! Explore the the city’s nightlife through these fascinating photos!

Exotic photos of Thai Massage techniques, to try when in Thailand!

The best beaches to visit when in Phuket!

5 Destinations Every Foodie Should Visit in 2019

13 Mistakes Every Fitness Enthusiast Makes While on Vacation

Maldives Island Resorts: Why you should visit in September/October!

Photos of Hotel Rooftop Pools, for a Relaxing getaway with your boyfriend or your friends!