Eight Iconic Dishes to Eat When You are in Spain 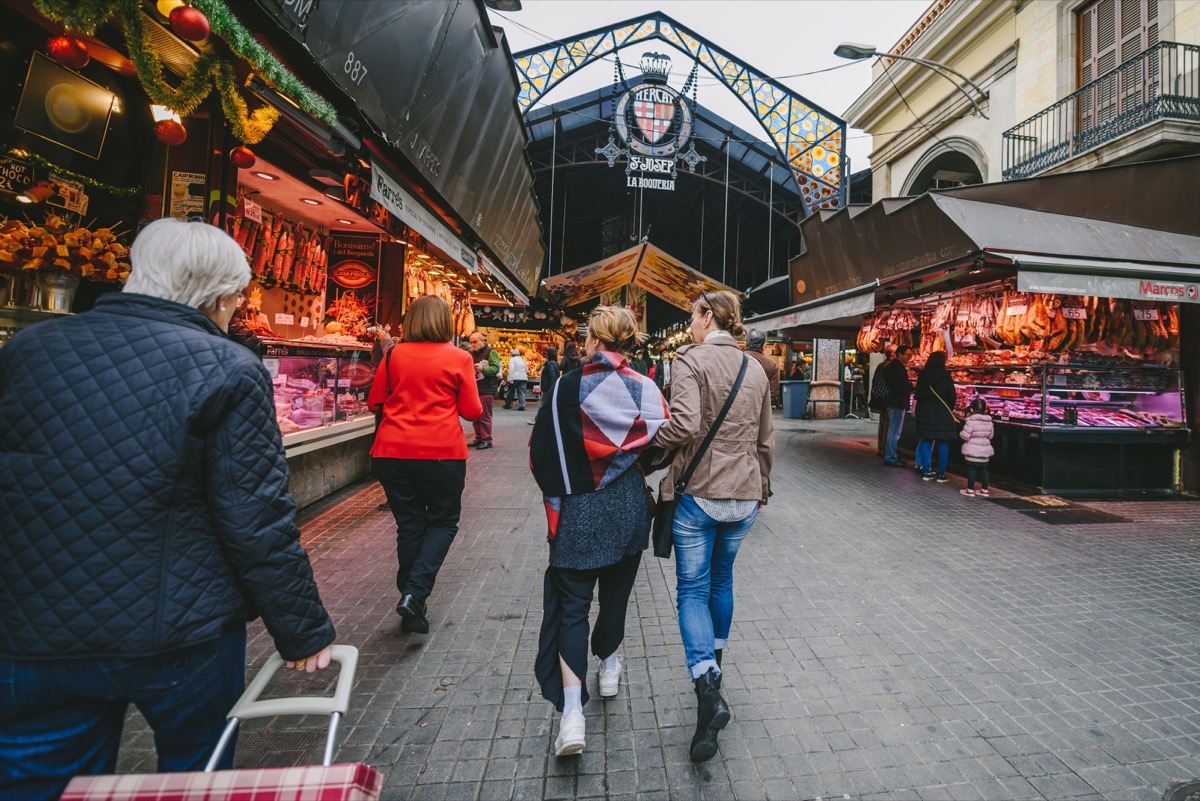 Find the top eight foods that you must eat in Spain to get a full grasp of the greatness of the Spanish Cuisine!

Spanish cuisine is some of the finest in the world. Using sun-kissed, fresh ingredients it’s even better when eaten in the countries themselves, and there nothing more idyllic than sitting down to some tapas on a Spanish beachside terrace.

Here are the eight most iconic Spanish dishes to stoke your hunger.

Originating in Valencia, Paella is one of the most recognized dishes to emerge from Spain. There are three variations of Paella, including the original Paella Valencia, which uses white rice, veggies, chicken, duck, rabbit mean and for the more adventurous, snails. The most popular on the coast is the seafood paella, which uses a large variety of seafood available, and for those who aren’t sure what they want, you can order the Paella Mixta, which is often made up on the spot according to the diner's preference.

Patatas Bravas has become a very popular dish across Europe. “Around Spain, there is quite a bit of variance in how it is made and presented,” says Holly, M Felize, food writer at State of writing and Big Assignments. “But it’s core ingredient fried potato remains consistent.” A lot the recipes diverge on the sauce that is used, always containing paprika and olive oil, and even sometimes sherry.

Tortilla Espanola or Spanish Omelette as it’s known throughout the world is a great staple of Spanish cuisine. It is very similar to omelets throughout the world but takes a more savory slant, using potatoes and onions to add flavor. You’ll find many restaurants varying the dish throughout Spain, adding different kinds of deli meats and veggies to make it a meal worth remembering.

There’s little doubt that Spain is a meat-loving country. A lot of the meat industry is dedicated to drying, aging, and curing of pork products. The most famous of these is Chorizo, which you can find used as an ingredient in many dishes or can be eaten on its own with bread and cheese. Its distinctive flavor is owed to the infusion of paprika in the curing process.

Iberico Jamon is another of Spain’s best-loved staple meats. Often seen hanging across the front of bars up and down the country. Produced from the Iberian black pig, there are a few variations of the meat typified generally by the slaughtered pigs diet! It is cured for up to a 100 days in salt to kill of any harmful organisms and can be found as a delightful flavoring in any number r of dishes, or can be eaten in thin slices with bread, cheese, and other meats.

These delightful sweet snacks can now be found the world over and are immensely popular in Spain where they can be eaten for breakfast, a mid-day snack or as a pudding. All over Spain and even in southern France, one can find Churro vendors creating these sugared ropes of dough, powdered with cinnamon and served often with dipping chocolate.

Manchego cheese, created from sheets milk, is one of best known of Spanish Cheeses. It mentioned in the late medieval ‘Don Quixote’ and has now become synonymous with the character. There are now variants of it to be bought around the world, often quite expensive, but if you want an authentic taste of it, it is best to eat it in the La Mancha region itself, where the Manchega Sheep reside.

This culinary delight has been quite divisive. “Many balk at the idea of cold soup, but few know that you can actually order it hot as well,” says Philippa H Nunez, travel writer at Australian help and Academized. Generally containing tomatoes, cucumber, onion and garlic, if made well Gazpacho can be warming or refreshing. No visit to Spain would be complete without sampling it.

Nora Mork is a travel journalist at UK Writings and Essay Roo. She enjoys doing yoda, traveling with her husband and a dog, and writing travel columns for magazines and blogs, such as Boom Essays.

Eight Iconic Dishes to Eat When You are in Spain

The 10 Best Places to Visit in Portugal