Gay Rome: A Glimpse to the Best Gay Bars, Clubs & Events of the city! 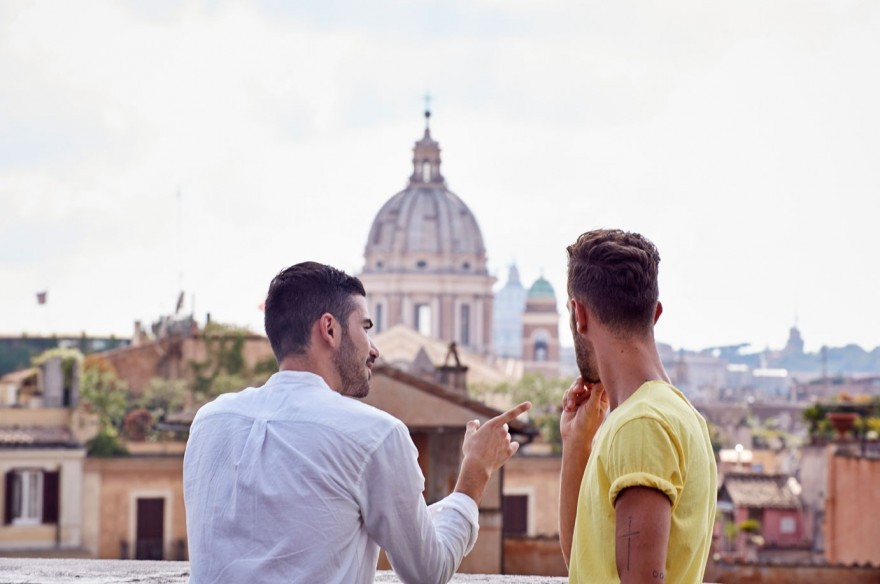 The gay scene in Rome includes pretty much… everything! From chilling gay cafes where you can hang out during the day to fetish cruising clubs where you can explore the sexier side of the gay life.

Before we start our exploration of the gay life in Rome, we should note that Rome is one of the most interesting cities to visit in Italy no matter what kind of traveler you are, as it’s packed with educational and recreational things to do that everyone would enjoy. It’s pretty difficult to select just a few of the good qualities of Rome that make it such an excellent destination to visit… the rich local culinary tradition? The magnificent historical landmarks? The friendly people? The several and marvelous shopping opportunities? Well, if we continue like this, this article will never end. So, let’s dive into the gay scene of Rome!

We should note that, even though Rome is like a big gay friendly hotspot with several gay venues across it, we would recommend you to keep a discreet profile as the Catholic Church still influences the city, as well as the whole country.

See the best hotels for gay travellers in Rome and special offers! >>

The Gay Street of Rome might be the only gay area in Italy designated as a gay and lesbian neighborhood. Via San Giovanni in Laterano, the street’s name, is actually a 300-mtere shopping and bar area in the center of Rome, leading to Colosseum. There is a big banner at the start of it writing “Gay Street” with the symbol of the rainbow. Here you will find several popular gay cafes and bars however the most popular gay venues of the city are not situated on that street.

Planning your gay holidays in Rome? Book at the best gay-friendly hotels of the city now! >>

Rome features a very small gay bar scene as the majority of the locals prefer to visit either the gay dancing clubs or the gay cruising venues. That might be also caused due to the fact that Rome is packed with several gay friendly venues like restaurants, small cafes, bars, etc which attract mixed crowds, though. Nevertheless, this has led to the development of the gay clubbing and cruising scene, featuring something that you will surely not find in many other cities.

As referred above, Rome features a vivid gay party scene, featuring several dance parties and themed club nights. Even though the clubs are not referred as exclusively gay, they organized themed parties, usually weekly, exclusively for the gay and lesbian audiences. Some particularly popular clubs to gay crowds are L’Alibi, Planet Roma, Qube, Monk Club and Oppio Café.

Apart from the regular parties, there are also several other events taking place in Rome such as Gay Village, Rome Pride or Catacombs – Leather Weekend that you should take into consideration before you plan your holidays in Rome.

The gay cruising scene of Rome will definitely excite even if you are not generally a big fan of cruising. It is divided into three types of gay venues; the Gay Cruising Clubs, the Gay Saunas and the outdoor Gay Cruising Hotspots.

The Gay Cruising Clubbing Scene in Rome is pretty developed, featuring a wide range of gay clubs that satisfy all tastes. The majority of the clubs also feature themed nights like naked, snickers, leather and other types of fetishes.

The Gay Saunas are the 2nd most important part of the cruising scene in Rome. The majority of the gay saunas feature advanced facilities like Finnish sauna, steam rooms, Jacuzzi, dark rooms, mazes etc.

Outdoor gay cruising is the least developed of the three gay cruising types, as the gay venues referred above pretty much do all the job. However, cruising outdoors has its own excitement and fan that no gay cruising club or sauna could replace. The best places to find gay guys in Rome are Piazzale del Galoppatoio where you will find several gay guys in parked cars across the street, Monte Caprino, which might not be the easiest place to find but during the night this place gets pretty hot and busy, and Colosseo Quadrato, located by the Magliana Metro, this place gets pretty crowded in the evening with gay guys looking for action.

Planning your next Gay Holidays Soon?

At www.travelbyinterest.com you will find:

2. Interactive Hotel Maps, with Gay Places around the hotels

Written By:
Travel by Interest Creators' Team
16 Hotels to discover

Gay Rome: A Glimpse to the Best Gay Bars, Clubs & Events of the city!

5 Amazing ways from around the world to eat your Eggs!

The Top Things to do in Santorini for Every Tourist visiting for the 1st time!

Written By:
Honbria Lee
Get the best rates directly from the Hotel
Hotels for All Travellers
Recommend a Hotel for this Collection
- or -
Click Here to register your own Property
Have a hotel in mind that would fit in this list? Send us your recommendation using the below form.
User Login
Don't have an account yet? Click Here to Register
Forgot your password