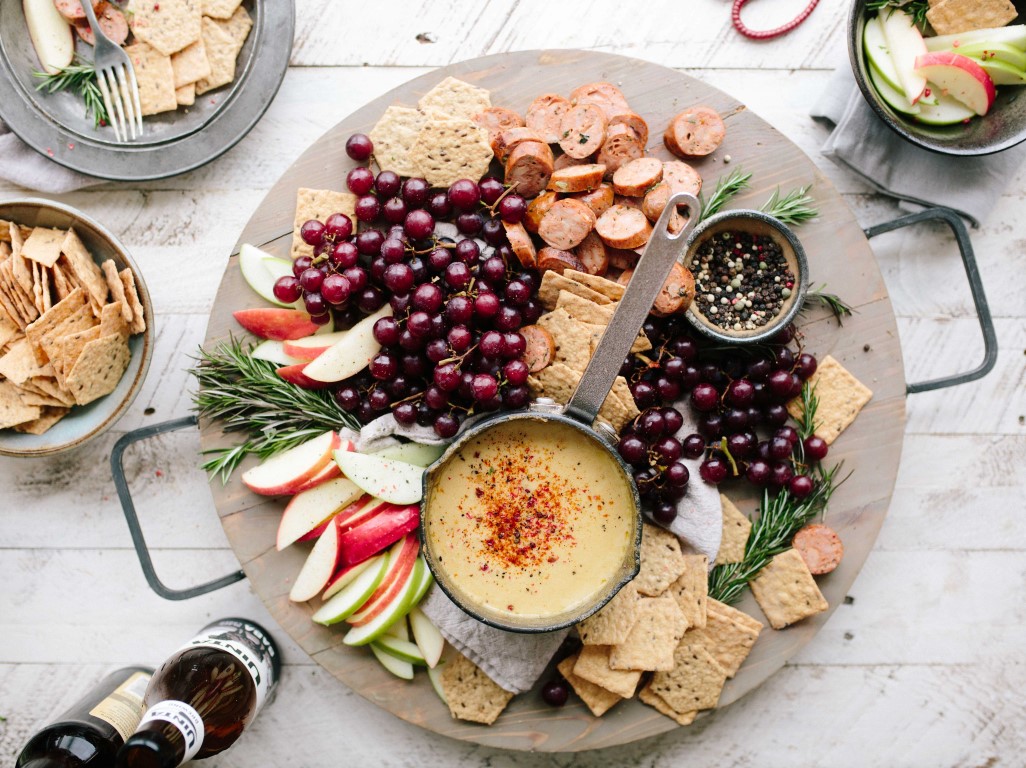 See the most delicious must-try dishes when travelling in Switzerland!

Oh Switzerland... with your great snowy landscapes, you friendly and smiling people, and, above all, your amazing hotels with great food. Seriously, is there a foodie that would not like to visit Switzerland for at least once in his lifetime?! The answer is no. Switzlerland is a country with a great food tradition, greatly influenced by three other countries known for their rich cuisines, which are not others than France, Germany and Italy.

Since Switzerland used to be a poor country in the past, and the majority of the locals were farmers, the local dishes are based on simple ingredients, such as cheese and potatoes. In a few words, Swiss people do not like it fancy, they prefer traditional and simple dishes. So, we should not keep you any longer, let's dive into the Swiss food culture!

It might sound clichéd but Fondue in Switzerland is the definite Must-Try. Even though it’s unknown if it’s an Italian, French or Swiss dish, the first cheese fondue recipe was found in a book called “Käss mit Wein zu kochen” that was published in Zurich in 1699. Dip crunchy bites of country bread into melted cheeses slowly cooked in the Fondue with wine and garlic, while pairing it with a high-quality white wine: Simply Magical!

Another simple and delicious dish is Rosti. It’s a potato dish that is made with thinly cut potatoes, pan-fried (and sometimes baked) until they get a crisp and golden look. The local farmers used to eat it in the morning, but it’s unknown when it was created. Now you can find it everywhere in the country, as a main or side dish. Canton of Valais is the best region to enjoy this delicacy. There are also many alterations of this recipe like Rosti Valaisanne, which is Rosti topped with bacon, fried egg and melted raclette cheese. Restaurants in the Canton of Valais Cook the Perfect Rosti at Home!

Alplermagronen, or else called herdsman’s macaroni, is a traditional dish from the German part of Switzerland, that makes use of all the available ingredients to the herdsmen on the mountain pastures of the slopes of the Alps. Such ingredients are: cheese, potatoes, onions, macaroni and… apples! The original version of it is made by baking in the oven layered cooked potatoes and macaroni with cheese and cream served with fried onion rings and apple sauce on top. Restaurants in the Alps, Switzerland Authentic Alpermagronen Recipes

Birchermuseli – I’m sure the all of you have heard about muesli, and the majority might even have had some as breakfast at a point of your life. But... did you know that muesli was invented in Switzerland around 1900? That’s right Dr. Maximilian Bircher-Benner believed that a diet of cereal, fruits and vegetables was much more beneficial for humans than a meat-based diet so he created a mix of rolled oat flakes, fruit, nuts, lemon juice and milk for his patients. Learn More About Musli Find Brunch Restaurants in Switzerland

See the best hotels with Restaurants in Switzerland! >>

48 Hours in a romantic luxury hotel in Koh Samui!

Gay Beaches in France: Which are the Best & Things to know before visiting

Meet the best Luxury Resort in the Caribbean to Escape your daily routine!