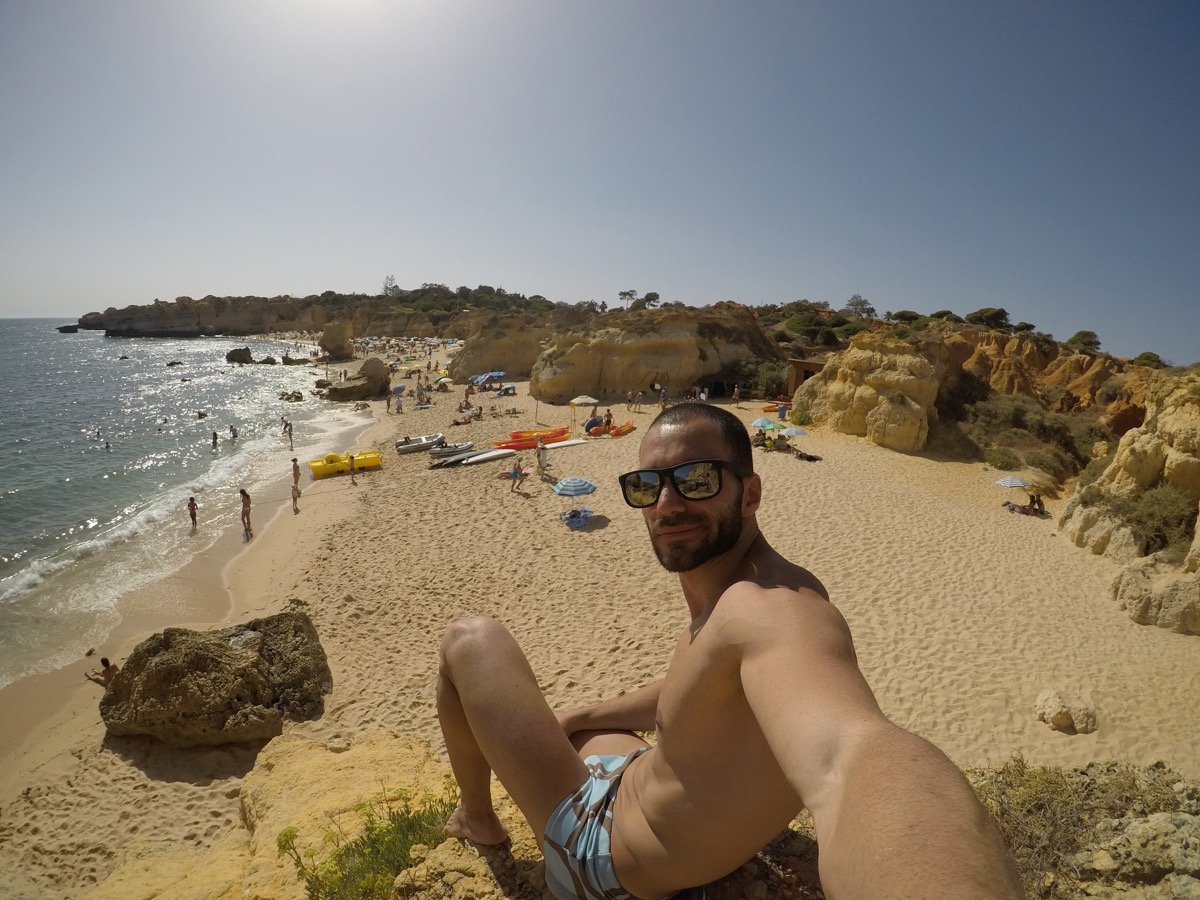 A journey to gay Portugal: from the sunny coasts of Madeira and Algarve, to the gay nightlife of Lisbon and Porto, this is the ultimate 14-day itinerary

There are so many things to love about you - your colorful capital, extravagant events, fancy nightlife, superb beach destinations, lovely people... and the list could go on forever. But, more importantly, we love you for your gay-friendly attitude. Yes! We hereby announce Portugal as a must-visit destination for every gay man/woman out there.

However, Portugal is not a destination that you can discover in two or three days. This is why we created this very special 14-days itinerary, through which we will explore the vivid gay nightlife of Lisbon and other popular gay-friendly destinations with a well-respected gay nightlife/attitude. So, as we are very excited, we will not delay it any longer.

1st Stop| 5 Days in Lisbon: a dynamic Gay Nightlife plus many Gay Events!

The first destination of our Gay Portugal Itinerary is Lisbon. As the capital, Lisbon is easily accessible from most European destinations while flights to reach it are quite cheap too. Lisbon's gay nightlife is vivid and diverse - actually, it's one of the most dynamic in the entire country with a wide array of gay clubs, gay bars and gay cruising spots.

Most gay bars, clubs and other hotspots are located around Bairro Alto and Principe Real Districts. Peak hours for such venues are from 11pm to 2am, although many of them stay open until later. Some gay bars to enjoy a cozy drink before heading out to a party at the local gay clubs are TR3S Lisboa, Bar 106, Espaco 40e1, and Side Bar.

And now, off to something that Lisbon is pretty known about - its gay clubs and parties. Lisbon is a partying city and, as for this, it comes second to none. POSH Club, TRUMPS, Construction Club and Disco Club Mister Gar are just a few of the available club options where you can dance, dance, and DANCE!

Bear Nights, Underwear Nights, Kinky Parties, Fetish Nights and all sorts of gay events are scheduled every week in Lisbon. Most gay events take place at DRAKO Club, Bar CRU and Shelter Bar. Some unique events to look up to are Lisbon Bear Pride 2020, Lisbon Gay Pride 2020, and Pitch Beach 2020.

For more details about Lisbon's gay nightlife, you can check out our detailed gay guide to Lisbon's queen side. We recommend staying in Lisbon for 4 days.

2nd Stop | 5 Days in Algarve: Beach Exploration with a dash of gay nightlife at Faro, Lagos, Albufeira and Taviva 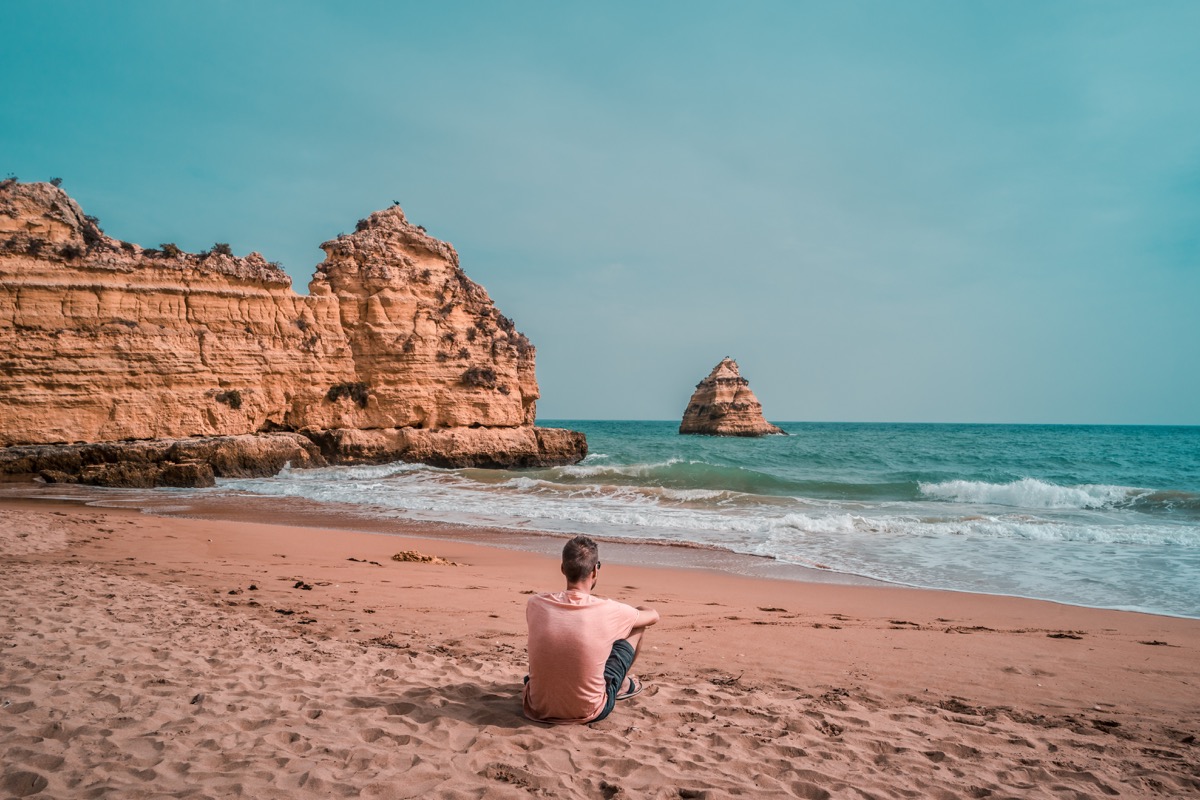 After exploring the gay nightlife of Lisbon, we believe that you will need some relaxation, and there is no better place to relax rather than Algarve.

Algarve - Portugal's popular beach destination has managed to catch the attention of the worldwide travel community with its vivid-blue, golden-sand beaches, and picturesque seafront towns. In the meantime, Algarve is home to a compact yet vivid gay nightlife, mainly found at the towns of Faro, Lagos, Albufeira and Taviva.

Your priority when visiting the Algarve is to explore its breathtaking beaches. After all, it's home to the best beaches in Portugal, most of which are also included among the best in the world. Some of the most picturesque seashores to note down before visiting are Praia de Dona Ana, Praia do Camilo, Praia da Marinha, Praia da Falesia, and Praia da Rocha. Although there are not any gay-only beaches, it is rumored that Portimao (Submarine Beach) and Praia Grande de Pera have some cruising spots. 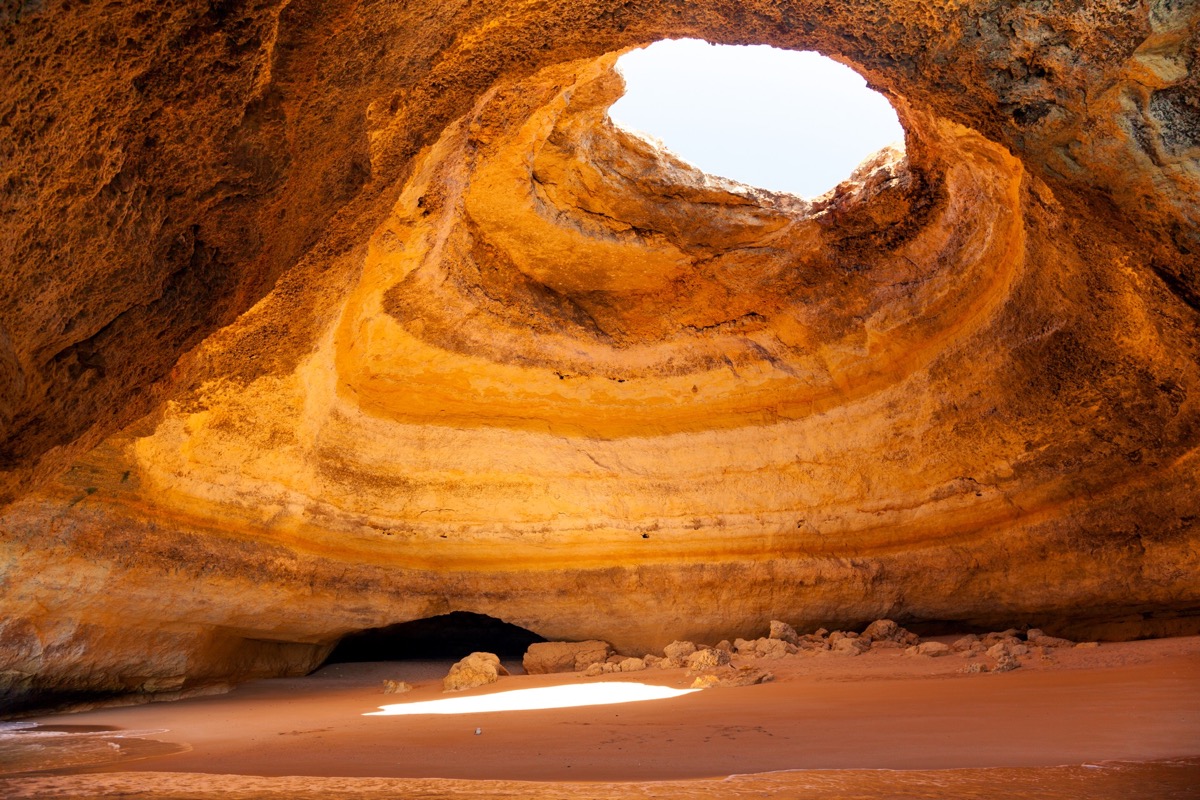 Regarding the gay nightlife of Lisbon, it's actually scattered through the region. You will find gay venues in most towns of the region, including Portimao, Faro, Lagos, Albufeira, and Taviva. In Albufeira, CONNECTION Bar is the perfect choice for you. In Portimao, you will find The Loft, a gay dance club with 3 zones.

We recommend staying at Portimao area, as it's the most lively town in the region. Portimao is home to a vivid and colorful nightlife, a bunch of great 5-star hotels and resorts to stay, and wonderful gay bars/clubs to spend the night.

Porto is certainly not among the most beautiful cities out there, but in all its ugliness, there is something authentic about it. What's Porto known about? Well, the splendid Port Wine that is produced in the Porto region, precisely at the Douro Valle, and traditional Portuguese food that you can enjoy in the city, like Francesinha Sandwich, Tripas a Moda do Porto, Alheira Sausages, and Bolinhos de Bacalhau.

Regarding the queer side of Porto, it's home to a compact gay nightlife that mostly consists of mixed venues and some gay-only spots. Fabrik Gay Bar is one of the newest additions to the city's gay scene, known for its exceptional cocktails and trendy industrial design. Invictus is a gay cafe bar with weekly drag shows (on the weekends). Cafe Lusitano, and Conceicao 35 are also perfect for a pre-night out drink.

ZOOM is the most popular dance club in Lisbon, hosting various gay events. Pride Bar is the 2nd gay-friendly nightclub of Porto, with special drag shows and sexy performances every weekend.

Madeira is like a paradise where the sun always shines and beaches are always perfect for a quick dive. The island has an average monthly temperature of 20-25 Celsius, although the hottest and driest months are from May to September. Madeira is also pretty gay-friendly, while Funchal, Madeira's capital, is visited by thousands of gay travelers every year. Madeira is also a popular gay weekend getaway for locals.

G Point Funchal is the only gay bar on Madeira Island, but Venda Velha, 23 Vintag Bar, Mini Eco Bar, Cade do Teatro, and Trap Music Bar are also frequented by gay men. As an island, Madeira is blessed with many beautiful beaches. There are a few secluded gay beaches around the island with some of them being also nudist, unofficially. The quickest way to find them is by asking the locals - Grindr is your best friend.

You can check out some of the best gay-friendly hotels in Madeira here.

Discover the Discreet Gay Scene of Antalya in Turkey

How to act like a local in Lisbon in 5 simple steps!

5 Destinations Every Foodie Should Visit in 2019

Exploring Athens: Taking a walk at the leafy neighborhood of Kifissia!

Bonding vacations in one of the best hotels in Maldives for families!