Songkran: A Thrilling Water-Fight Festival marks the beginning of a New Year in Thailand! 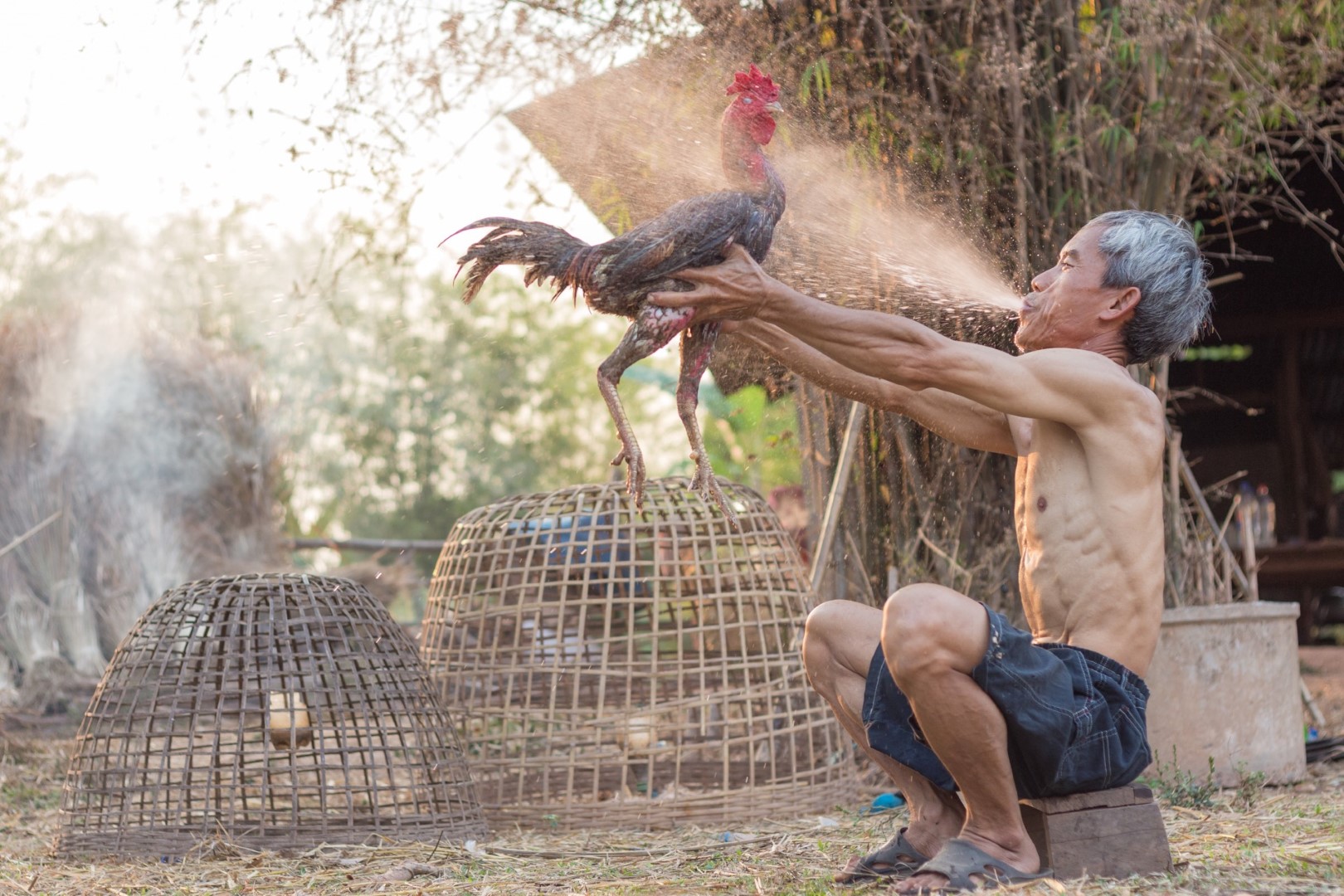 Learn more about Songkran, the most popular event in Thailand, and the top hotels to stay during the event!

Hotels in Tuscany where you can have a wine tasting experience

Hotels in Tuscany where you can have a wine tasting experience

Gorgeous Hotel Rooms for couples that will become your perfect honeymoon nest!

Gorgeous Hotel Rooms for couples that will become your perfect honeymoon nest!

Songkran is Thailand's exciting way to welcome the New Year with a memorable water-fighting party. The event takes place every year on the 13th of April and it lasts for three days. Its name derives from the word "Samkranti", which translates to transformation or change. The celebration differs depending on the region, featuring very slight differences though.

In the Central Region, the locals are all dressed in colorful clothes or traditional Thai dresses, offering food to the monks and a requiem to their ancestors. They also tend to release birds, fish and all other kinds of animals!

In South Thailand, people seem to bind to three particular rules during Songkran. 1) Work as little as possible! 2) Avoid Spending Money 3) Don't hurt other people and Animals. While on the Northern Thailand, people repel bad luck with gunfire and firecrackers. Moreover, they offer food to the Monks, while they pay their respects by pouring water on hands of the elders and bathing Buddha's statue at the temple.

Songkran on the Eastern part of Thailand is similar to the referred above, with a simple difference. The locals tend to visit the temple every day, while many of them prepare food for the elders afterwards!

But did you know? Songkran was not always like this!

The water symbolizes the cleansing of the misfortunes from the previous year and the welcoming of the new one. In the past, the locals used to pour a bowl of water on the members of their family, and sometimes on their close friends and neighborhoods. The last years, Songkran has taken a more festive note, and people storm out in the streets, splashing each other with water guns and garden hoses!

Apart from the water-fights, making merit in a temple is also very essential during the event. The locals, more especially, pay their respects to the elders and the monks as well, by giving to them all kinds of foods and flowers as offers.

Some great temples to make merit are The Marble Temple, Wat Sam Phraya Worawiharn, Wat Chanasongkhram Ratchaworamahawihan, Wat Bowonniwet, Wat Mahathat, Temple of the Emerald Buddha and Wat Suthat. Of course, there are much more than these!

Bangkok is the best place for a tourist to spend Songkran!

The capital of Thailand could not but feature the most exciting celebration for the Songkran festival. The streets are packed with people - tourists and locals alike - water-fighting and having fun. The majority of the shops are shut down, however, the malls are usually open. In case you want to visit the most popular streets of Bangkok for Songkran, we highly recommend you to use public transportation, since the majority of the roads will be blocked off by people.

Silom attracts the largest and wildest crowd in Bangkok!

Silom Street spreads through 5km and it's packed every year with thousands of young people prepared for the water-fight. In case you do not want to get wet, you can easily observe the water-fight from the BTS sky walk, running over the street. Of course, since the temperature can reach up to 40˚C in April, you will surely not resist mingling with the crowd. Apart from water, the festival is also full of food and beer!

Apart from Silom Street, the celebrations are equally exciting at the areas of Khao San Road, Phra Pradaeng District and Sanan Luang.

Amazing Hotels to stay during Songkran! (All Around Thailand)

Now that you have learned more about Songkran, you are propably wondering where you should stay during the event. These are some hand-picked hotels around Thailand that we would recommend you to choose!

U Sathorn Bangkok ~ Re-define Luxury in the Center of Bangkok!

THE BARAI by Hyatt Regency Hua Hin ~ Try Horse-Riding by the Beach!

The Emerald Cove Koh Chang ~ Exciting Design that will thrill you!

The DON'Ts of Songkran!

As a huge festival, Songkran attracts thousands of people, so accidents are bound to happen. During the festival:

➢ Do not throw water to monks, babies or the elderly!

➢ Do not get drunk. Being in a festival that attracts thousands of people, you should be extra careful when drinking!

➢ Do not throw water at the vehicles, since it could result in an accident!

➢ In case you have gotten drunk, do not drive!

➢ Do not get naive and neglect your personal belongings!

Food Holidays: Where foodies will travel in 2020!

A luxury Hotel in Bali that stands out for its delicious buffet breakfast!

4 Impressive Christmas Markets around the World!

An unforgettable hotel experience above the Santorinian “Blue”!

5 Things to do in Chiang Mai for your perfect Gay Thai Experience!

The best Things to do in Zermatt while staying at Matterhorn Focus Hotel!

5 Abu Dhabi Shopping Malls that every shopaholic will love!

Gay Italy 2020 | A Gay Guide to the Mediterranean Queen!