Cairns - the most beloved gay town of Australia 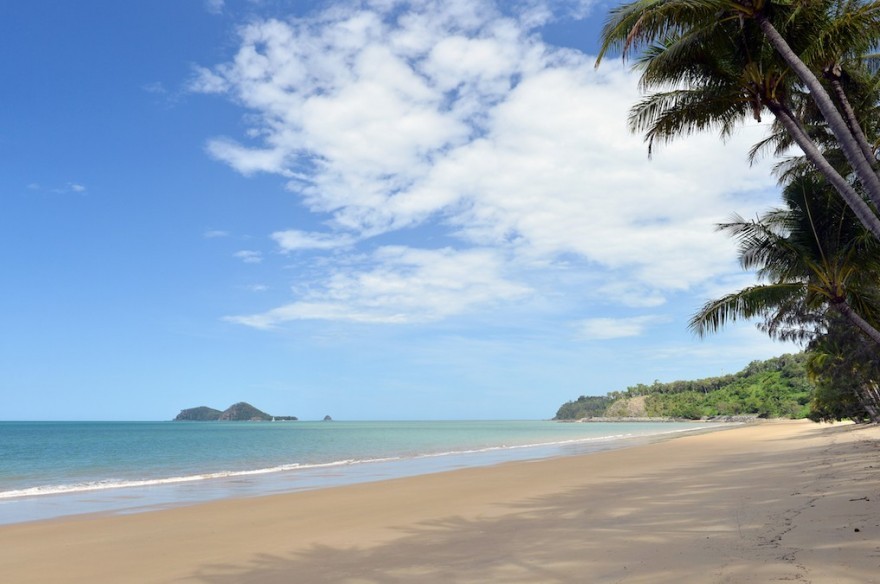 Read everything about the gay life in Cairns

Gay Acceptance The level of LGBT acceptance in Cairns is quite high while it's a much-beloved destination by many gay travelers. Firstly, the locals are very good and friendly, and they will make you feel like your home. The local LGBT community isn't that big but it is quite active while it's visited by many gay travelers, so meeting new guys and girls is pretty easy. The gay scene is well-organised and there are a couple gay meeting points, including a gay beach and a gay owned hotel.

Gay Hotspots Cairns is an especially beloved destination by the gay and lesbian travelers, so thousands of gay travelers visit it every year. The gay community might be small but during the summer, the beaches are filled with many sexy gay guys and girls. There aren't any gay meeting areas because the city itself is like a big gay hotspot!

Gay Beaches The beach owned by the exclusively gay Turtle Cove Beach Resort is clothes-optional, and it's used only by the guests of the resort. The majority of the beaches in or near Cairns are gay friendly, and public shows of affection are not that uncommon. Nevertheless, there are also several isolated and nudist beaches where you can feel more comfortable!

Online Gay Chatting The local LGBT community of Cairns is not that big so you won't be able to find many gay guys through the internet. The applications and online meeting platforms which are the most popular in Cairns are PlanetRomeo,Grindr, Scruff, Gaydar and RealJock.

Gay Accommodation There is one exclusively gay and lesbian resort in Cairns called Turtle Cove Beach Resort. Other than that, there are several other gay friendly hotels, resorts and private villas which can substitute the atmosphere of exclusively gay accommodation.

GAY CAIRNS FOR EVERYONE!!!

Gay Couples Cairns consists one of the best destination-choices to spend your gay and lesbian romantic vacations or honeymoon. It's a charming beach front city with a stunning scenery, a well-developed nightlife, as well asbreathtaking crystal blue beaches. During the summer time, it is packed with gay people so you will be able to meet gay couples very easily. In addition to the colorful gay scene, Cairns offers many conveniences of a big city as well as fun activities to do during the day! Single Gay Travellers Cairns is a beautiful and cosmopolitan beach-front city which is loved by every gay traveler. The gay night scene might not be that developed, but in the high seasons it's visited by a large amount of gay and lesbian people, which makes the whole city a gay hotspot. There is an exclusively gay resort with a private gay beach where you can meet guys and girls from the LGBT community much easier! In addition to its high popularity to the gay audience, Cairns also offers the conveniences of a big city while there are several activities and events going on every week!

See the best hotels for gay travellers in Cairns >>

Winter vs Summer | St. Moritz Lake and Badrutt's Palace, one of the Best Hotels in Switzerland!

Enjoy a breathtaking Koh Samui Wedding that will leave you both speechless!

What to do in Bali while staying in the traditional village of Ubud!

5 not-to-miss things to do in Gay Santorini!

Written By:
Abby Drexler
Get the best rates directly from the Hotel
Hotels for All Travellers
Recommend a Hotel for this Collection
- or -
Click Here to register your own Property
Have a hotel in mind that would fit in this list? Send us your recommendation using the below form.
User Login
Don't have an account yet? Click Here to Register
Forgot your password